Something about Sara Fabel

Sara Fabel’s story is not the story of just any tattoo artist, on the contrary, it is a career with a lot to tell and only by knowing her you can realize why Sara’s tattoos are the way they are shown today.

Sara Fabel was born in 1986 in Espoo, near Helsinki (Finland) and, as you might expect, her studies did not begin in the art of tattooing, but in something that is repeated in many tattoo artists:

Art and photography, in Sara’s case, at Aalto University, in Helsinki, with a period also in Australia, where she also worked.

Sara Fabel’s career is truly multifaceted as she has worked not only as a tattoo artist, before that she worked as an illustrator, model and even actress.

You can find me here

As a curious note, among her works as an actress is the Latvian film Anarchy Parlor which opened the Hollywood Horror Film Festival in 2015.

After this experience, Sara Fabel goes to Australia and is apprenticed to Daniel Sharpe (back in 2012) although from the beginning she promotes to have her own style with a lot of personality, with several influences among which are the way of working woodcuts in medieval times, or the way the Victorians worked copper.

In 2015 he moved to Los Angeles, California and currently has a private studio from which he creates his art for the world.

Talking something more about her style, we could say that Sara Fabel’s recognizable point is black & grey tattoos, with spectacular botanical designs, realistic animals, and empowered women, with an incredible mix of fine and thick lines.

In short, creating organic textures starting from black ink, with super organic finishes with a lot of harmony, since geometry is always present in her designs.

This makes his designs very recognizable, so much so that it could be said that he has created his own seal, with all the difficulty that this has. 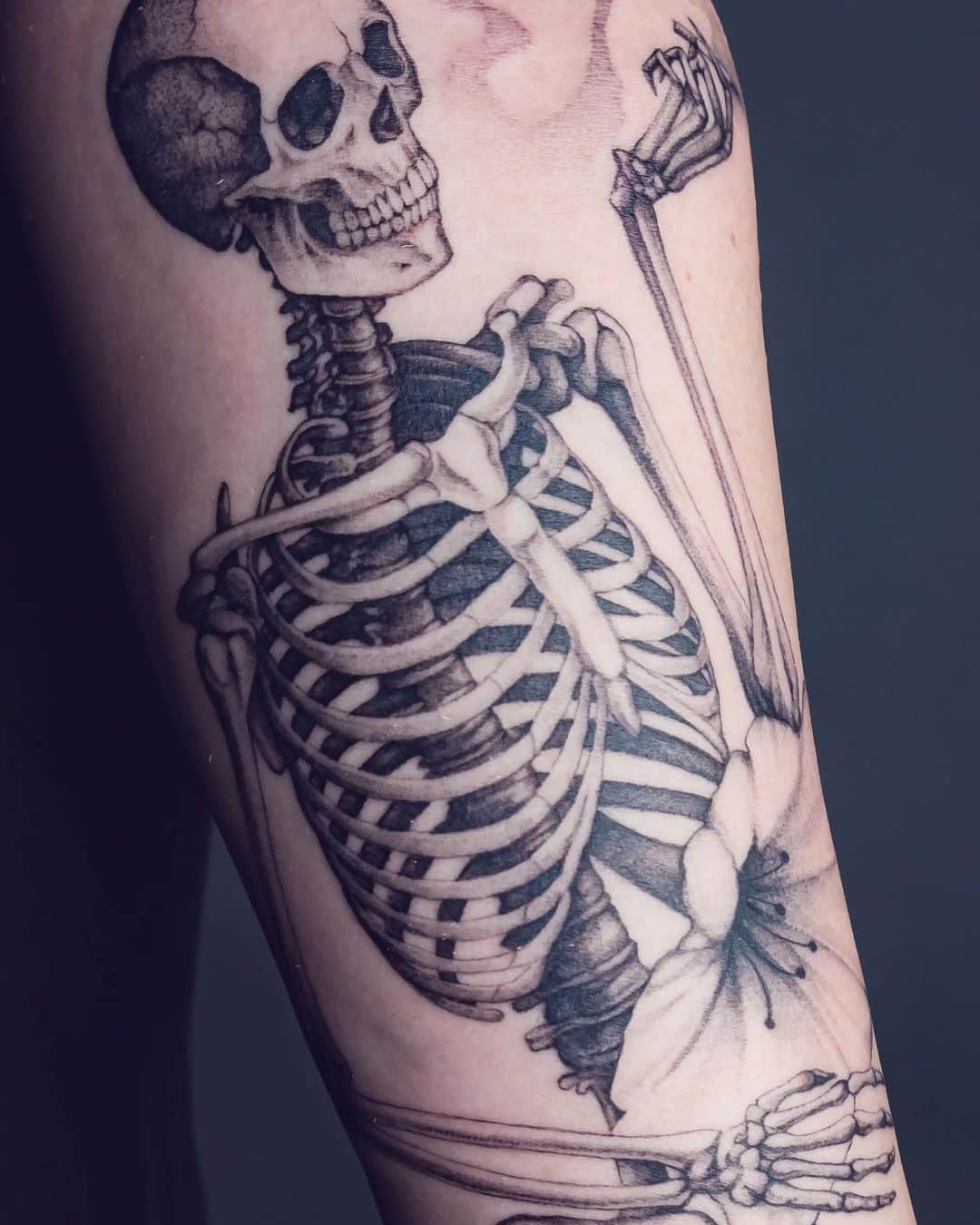 This is what Sara do

Sara Fabel is working at

How to book with Sara Fabel

As you might have guessed, Sara Fabel’s schedule is quite complex, but you have to give it a try!

The best thing to do is to email her at sara.fabel.tattoo@gmail.com and give her all the details about the design you plan to get tattooed, best if you add a couple of photos.

But Sara also usually publishes drawings on her website that she is interested in tattooing. What’s more, she has special rates for designs in which she has total freedom to act and, let’s not kid ourselves, that’s how an artist works best.

Also, you should keep an eye out because Sara often travels to different parts of the world as a guest artist, so it’s even likely that you’ll find her relatively close to your city. 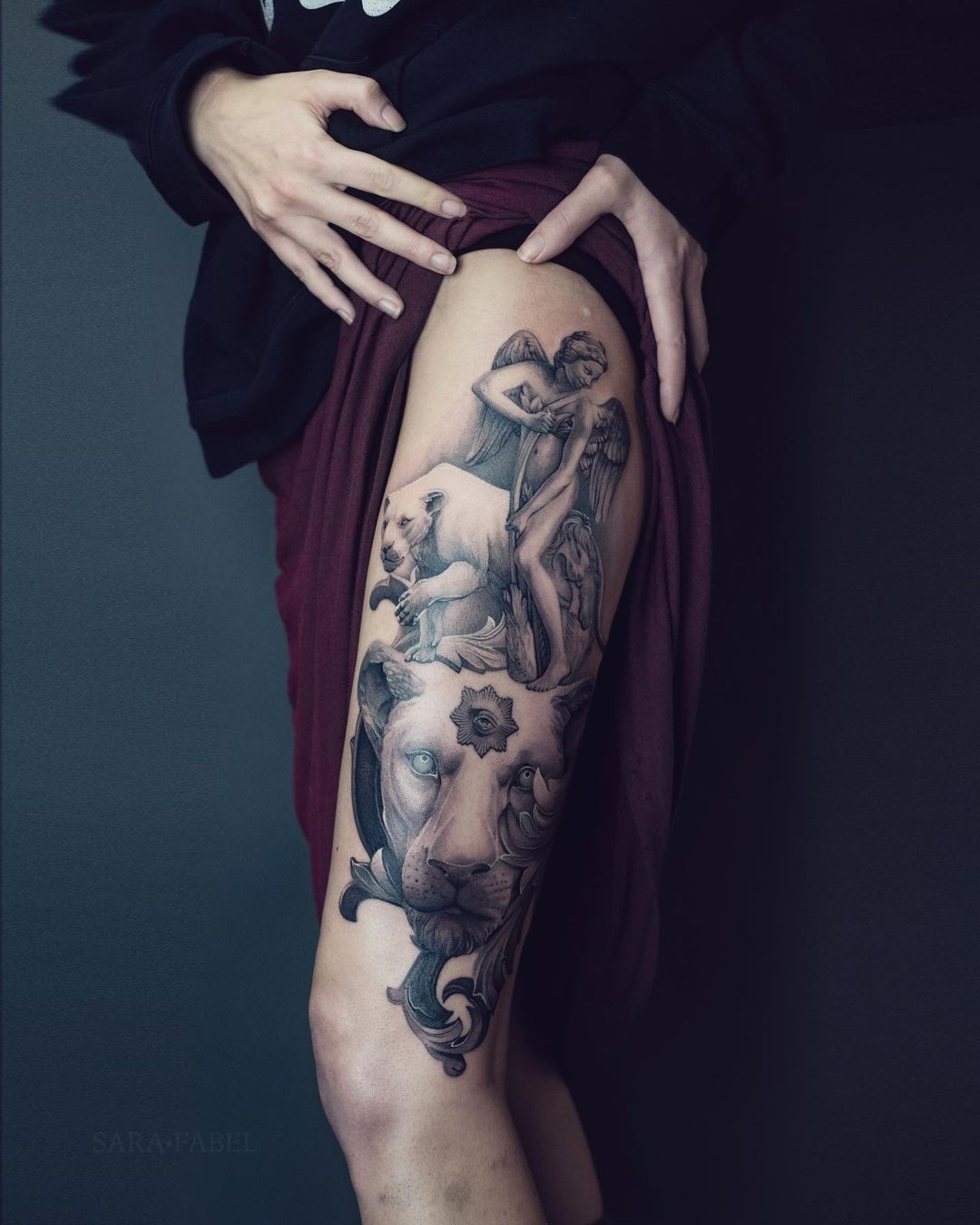 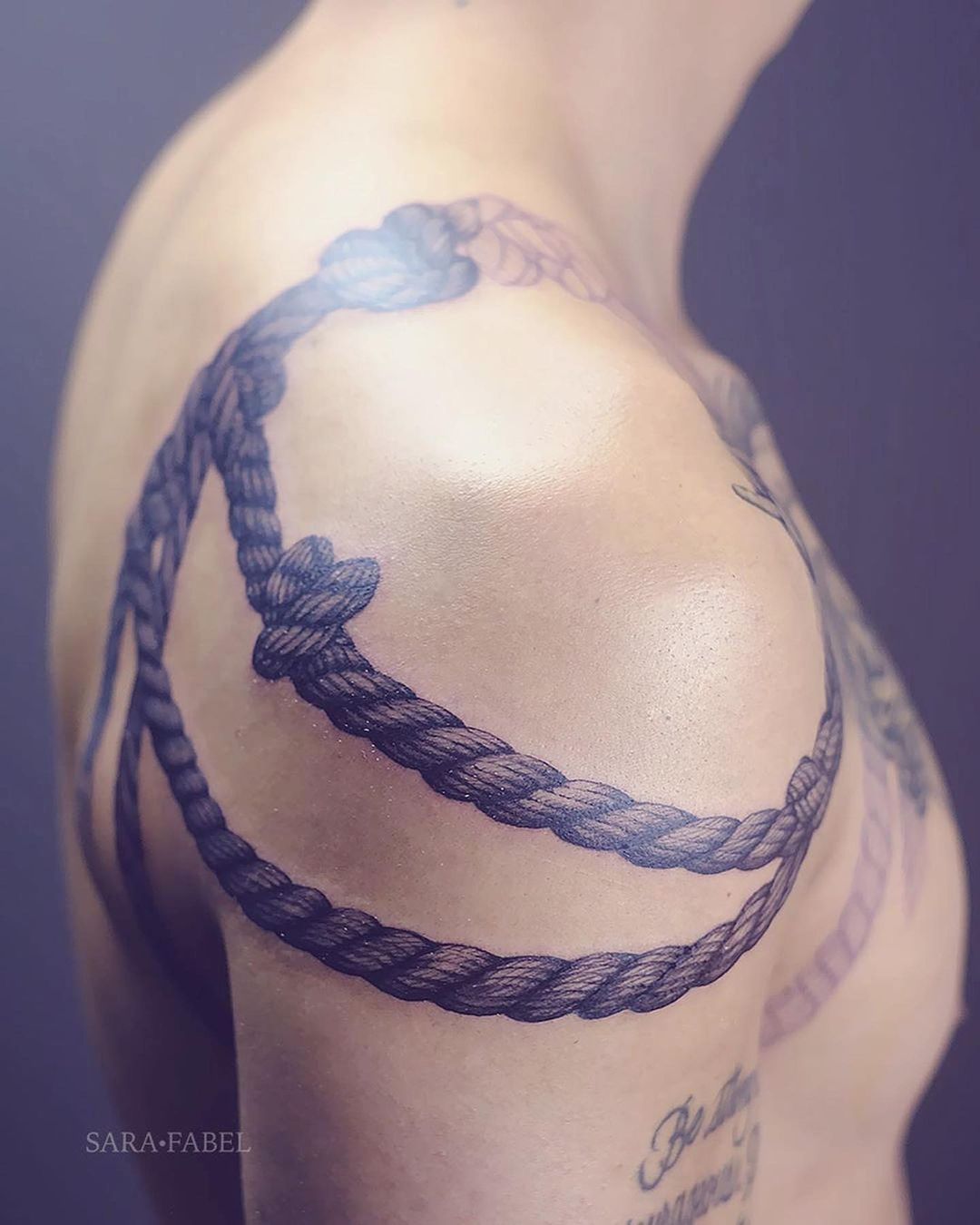 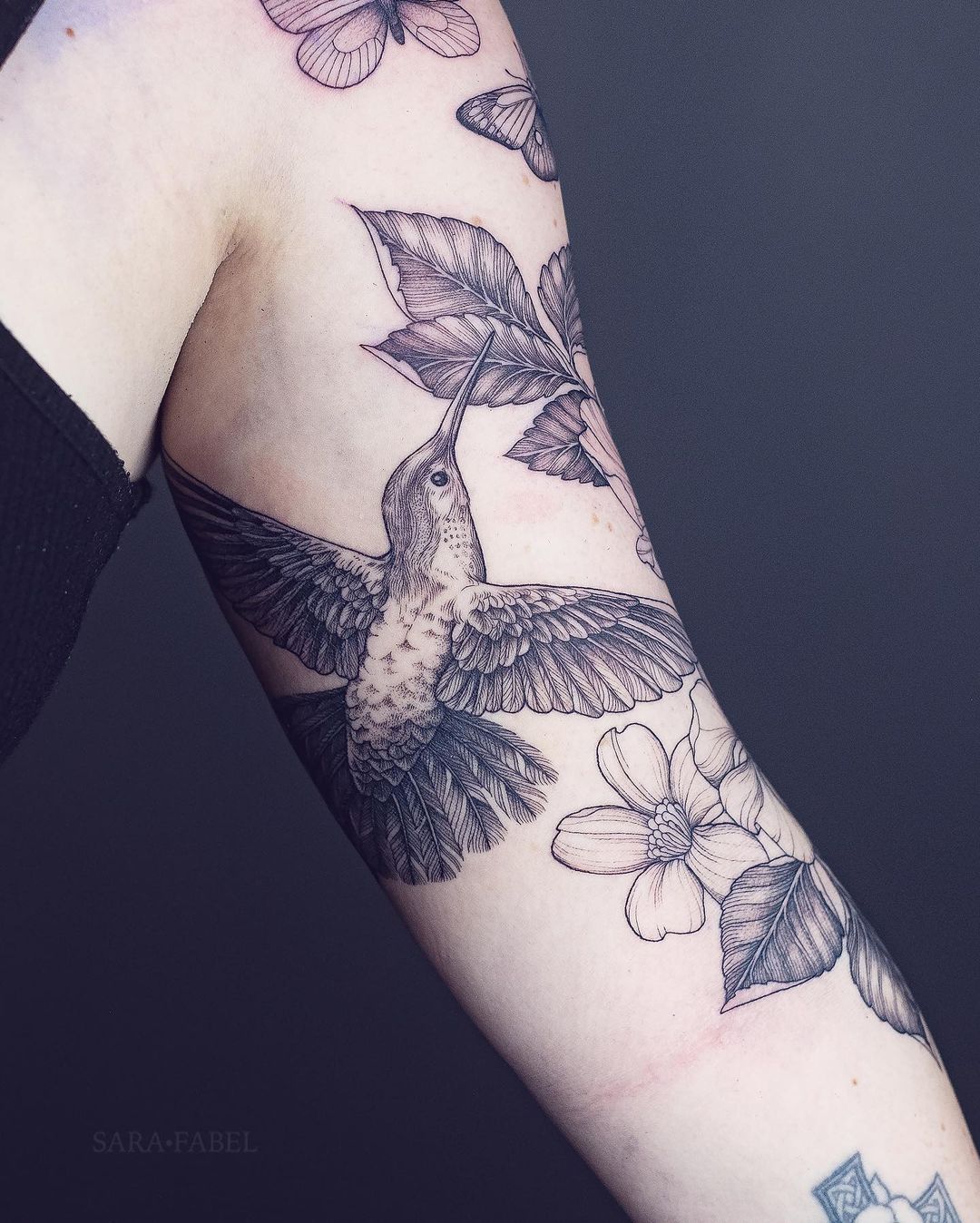 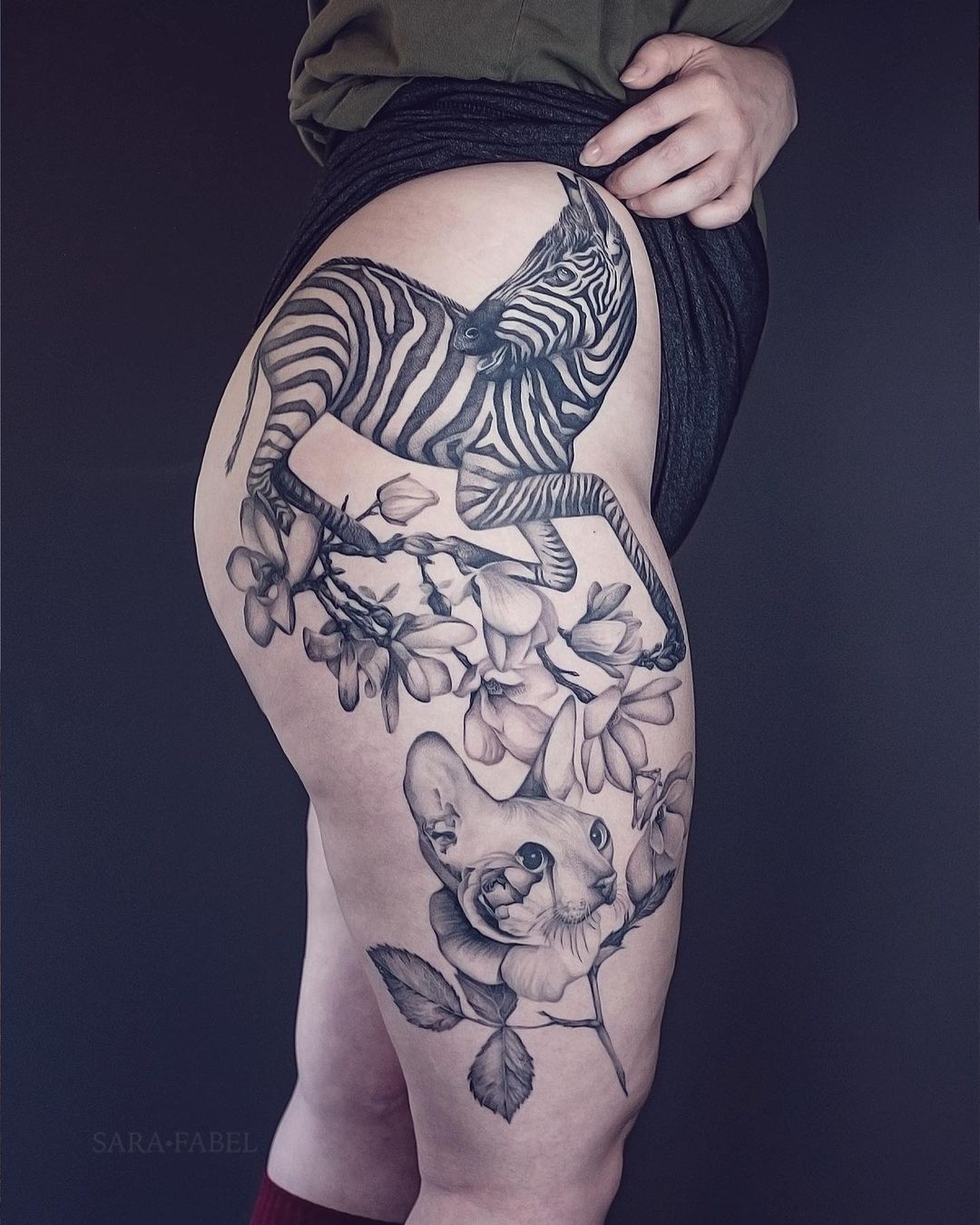 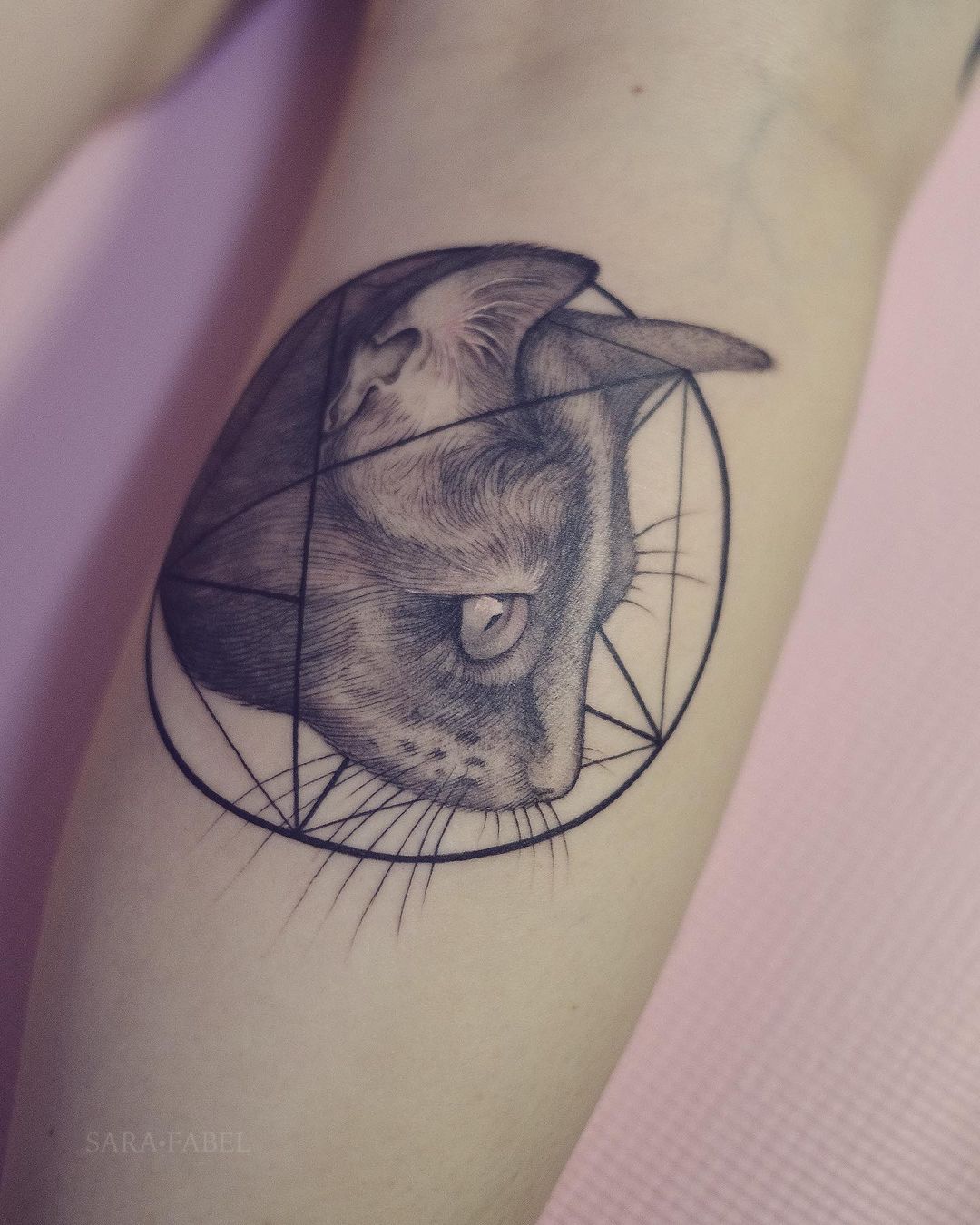 Do you want to have your profile page?

We are proud of hosting your profile page like this.

If you are a tattoo artist, just click the button for more info!